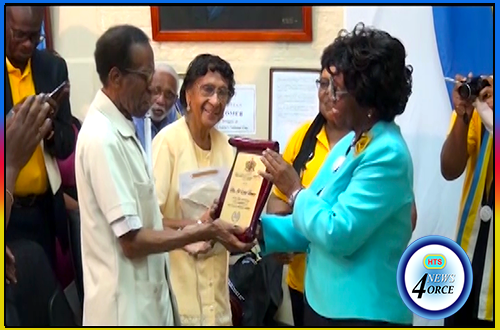 The last remaining icon of Saint Lucia’s independence was among those honoured at a ceremony marking the 50th anniversary of the hoisting of the nation’s flag.
On March 1st 1967, Saint Lucia attained associated statehood with Great Britain.
At that same time, the world was introduced to a newly minted and unmistakable national flag, coat of arms and national anthem.