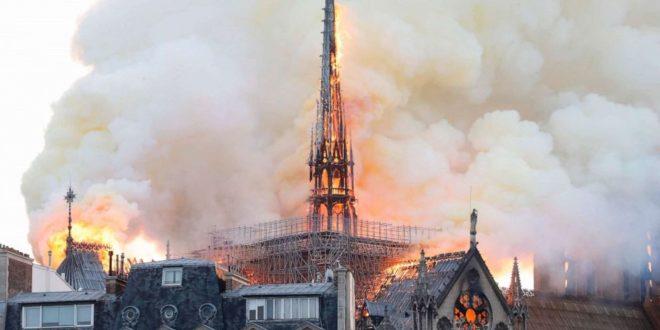 [Julia Jacobo, ABC News – April 15th 2019]:- A fire has broken out at the Notre Dame Cathedral in Paris, one of the city’s most iconic sights. 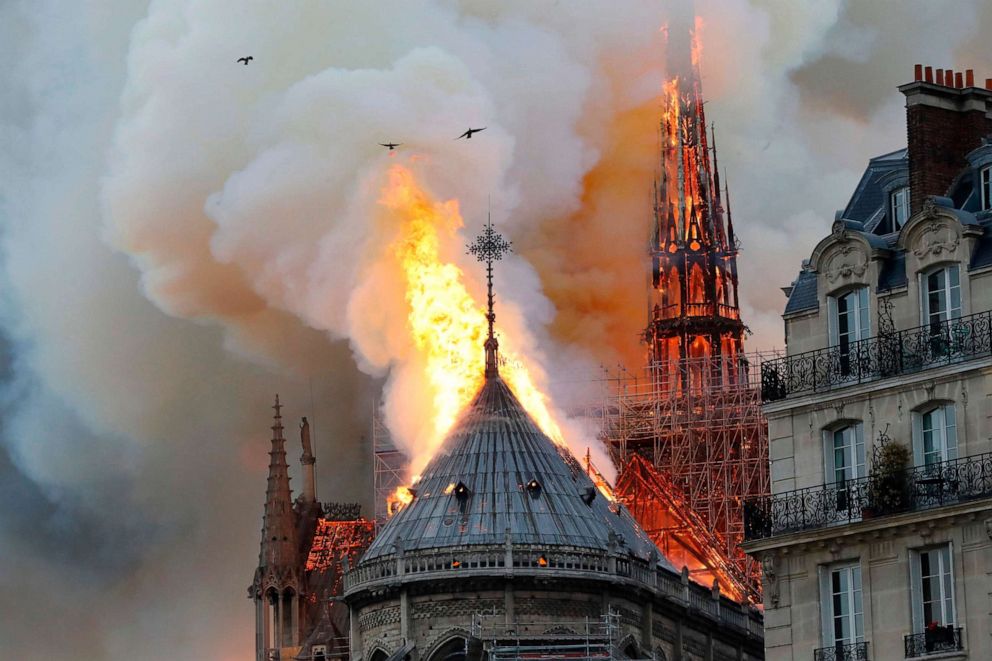 The fire began at 6:50 p.m. local time Monday, the Paris fire department said, and continued to burn more than two hours later. An official from the French Interior Ministry says firefighters might not be able to save Notre Dame Cathedral, according to The Associated Press.

A spokesperson for the cathedral described the damage to French media as “colossal.” “Everything is burning, nothing will remain from the frame,” the spokesperson said. 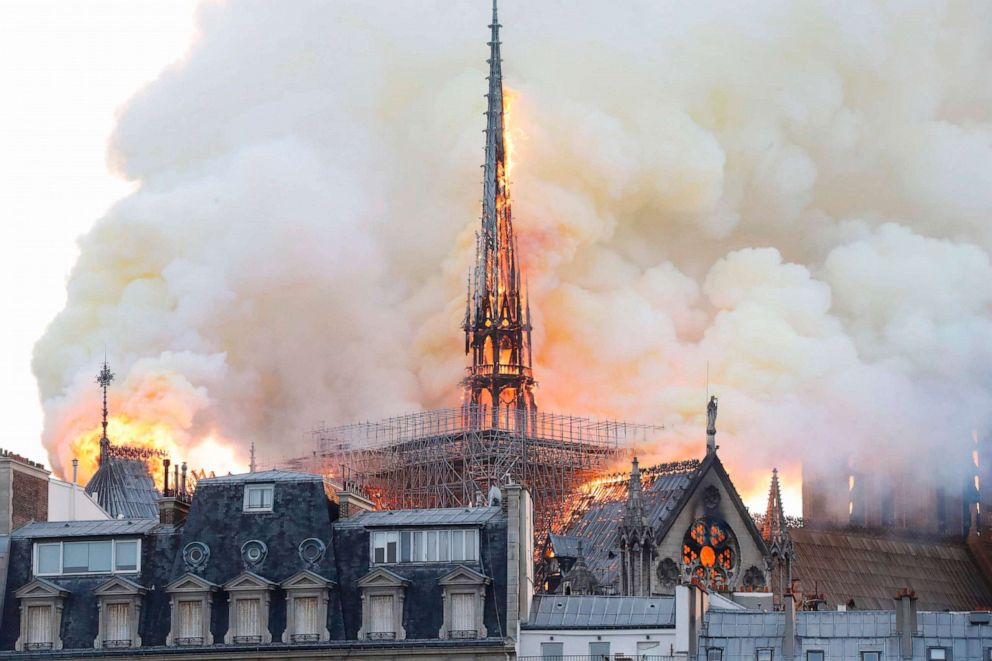 The fire may be connected to the recent restoration of the church, officials said. Last week, the statues of the apostles were removed for restoration, The Associated Press reported. 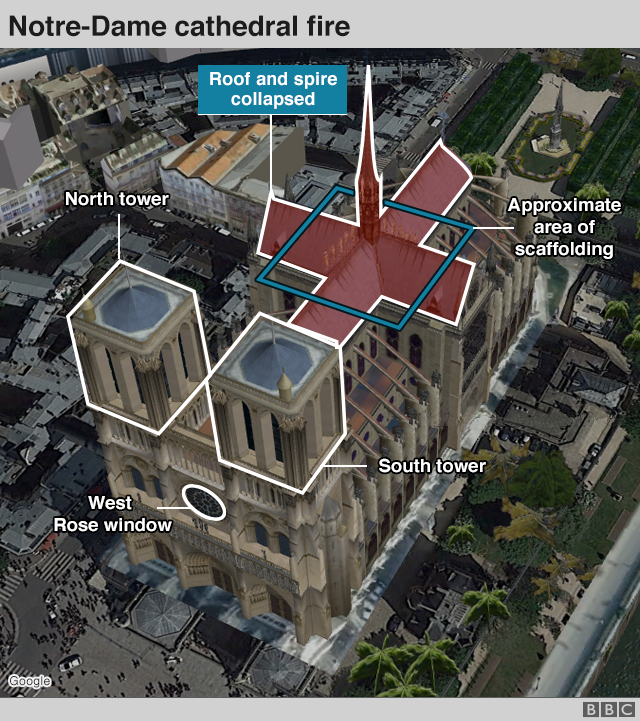 Large crowds have begun to gather around the scene. Some members of the crowd began to sing hymns as the cathedral burned. 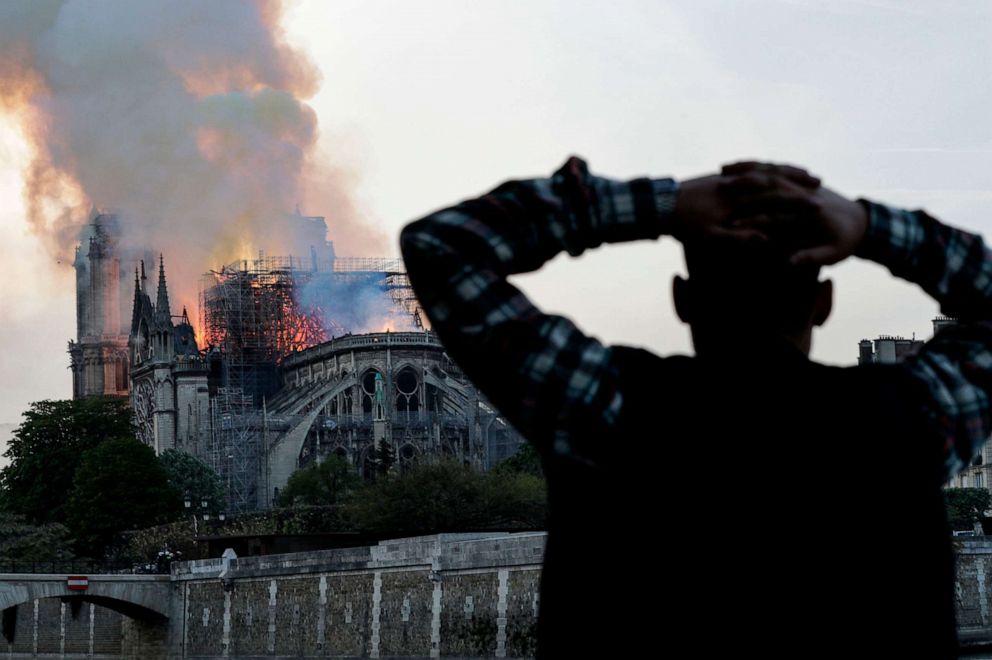 The cathedral was built around 1260 AD and towered over the city of Paris for centuries. Much of the facade and interior are true to their original designs. French President Emmanuel Macron expressed sadness at the sight of the historic building’s demise, saying it captures the “emotion of an entire nation.” “Thinking of all the Catholics and all the French people,” Macron wrote. “Like all of our countrymen, I am sad tonight to see part of us burning.”

Monday is the start of Holy Week, the busiest and most important period of the liturgical year. Easter is on Sunday. 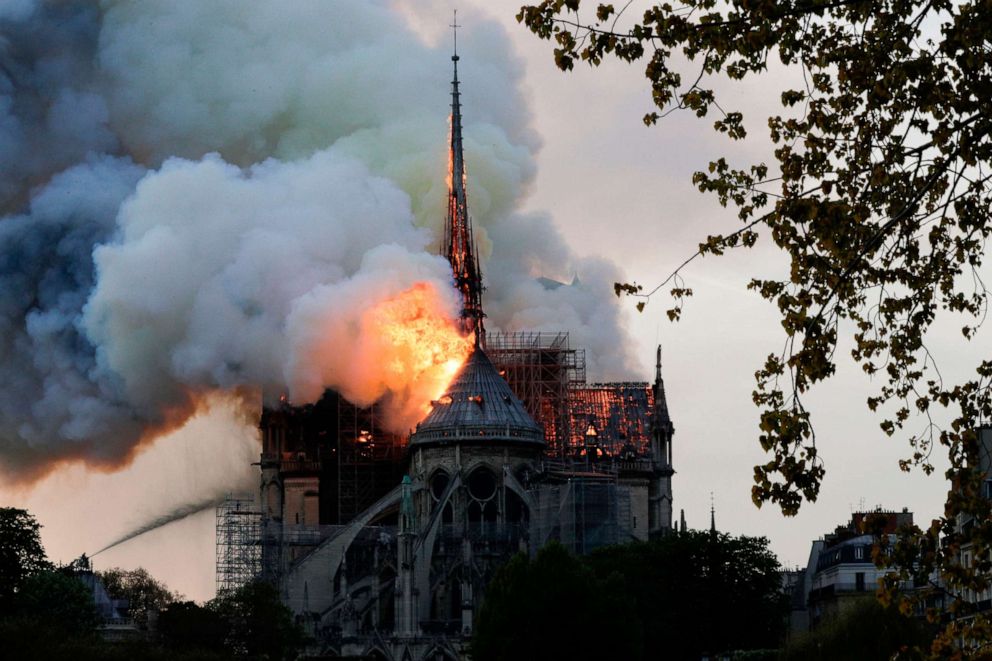