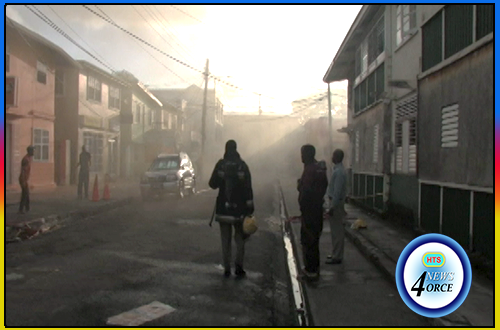 Fire-fighters were reportedly engaged in a pitched battle with a ferocious blaze at the Brawo electronic and furniture store on high street in Castries.

First responders were notified of the fire, which reportedly started in the storeroom located in the building housing the business around 4pm Wednesday.

Two fire appliances were deployed to the scene, but were temporarily withdrawn to replenish the water supply.