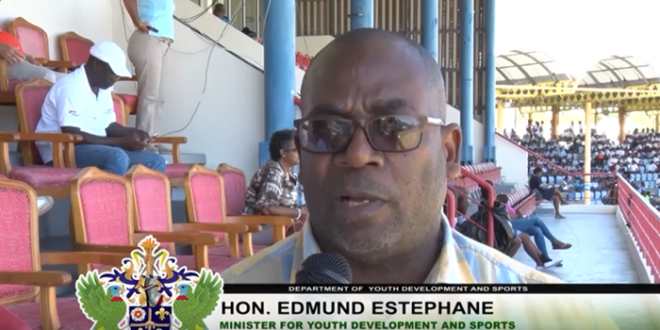 [Press Release] The Department of Youth Development and Sports brought the curtains down on the 2018 interschool’s track and field championship with a day of finals at the Daren Sammy Cricket ground last week Friday.

This year’s championship consist of a northern and southern qualifier, culminating with Friday’s events on the track and on the field. The Minister responsible for Youth Development and Sports was on hand to view the performances of the athletes.

“The performance as I observed are good; we have some athletes from this competition who will be representing Saint Lucia, so hats off to them and we congratulate them. We know that some parents are involve deeply with their kids; so all in all the meet is going well and participation is great.”

“We want to position Saint Lucia in the future where starting from now that the athletes will put out much better performances and try to encourage a lot more of these competition. We basically need to look at the structure of all the tournaments in Saint Lucia and create more avenues for our kids to participate.”

The inter schools track and field championship is an annual event with a number of schools participating and competing with the result of finding the best athletes to represent Saint Lucia.