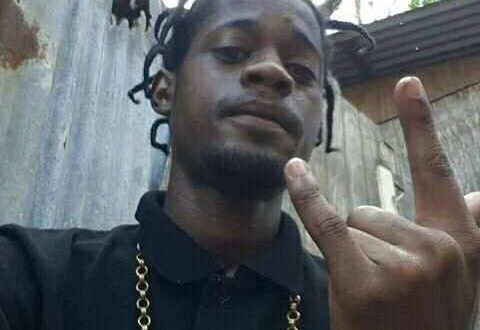 Kimbert Lynch of Black Mallet, Marchand reportedly died on the operating table at Victoria Hospital on May 14th.

Lynch, according to police, sustained a gunshot wound to the upper torso after being accosted by an unidentified gunman earlier that day.

Evitus said doctors gave him the shock news shortly after operating on Kimbert.

“They told me they tried their best but…the shot went straight to his heart.”

Kimbert Lynch was the 22nd homicide victim. Police have not disclosed arrests in connection with the fatal shooting.