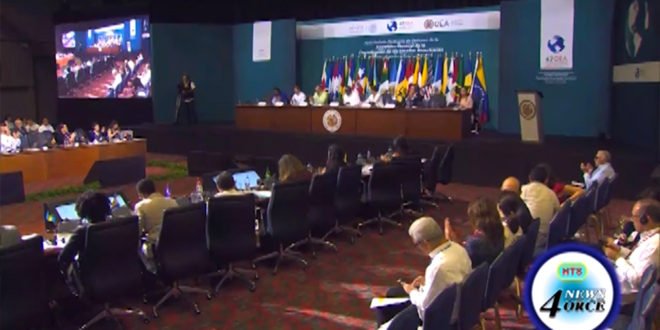 Saint Lucia was one of three members of the organisation of American states (OAS) which last week, chose not to support a resolution condemning violence against members of the lesbian, gay, bisexual, transgender, queer or intersex (LGBTQI) community.
Every year since 2008, the resolution has been put before the general assembly of the hemispheric body.
This year, Saint Lucia stood against it.