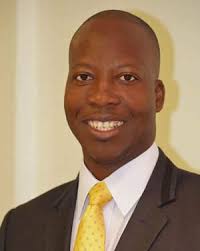 Jimmy Henry, Minister in the Min. of Agriculture

Political commentator and talk show host Richard Frederick, during his weekly talk-show alluded to a potential shake-up in the Allen Chastanet led Cabinet of Ministers. Frederick, a former government Minister and ex-Cabinet colleague of at least six incumbent Ministers claim the Prime Minister’s Cabinet will be reduced by one.

Minister in the Ministry of Agriculture Jimmy Henry according to Frederick, is expected to tender his resignation by July 7th2017.

The first time Minister and defeated Dennery North United Workers Party [UWP] Candidate Frederick alleges, was intercepted at the George F.L Charles Airport and searched by authorities who were acting on special intelligence. An undisclosed sum of money was allegedly found in the

It was not suggested by Frederick that the Agriculture Minister was detained.

Attempts to reach Mr. Jimmy Henry for comment have not been successful. Richard Frederick claims the airport investigation could be linked to Henry’s seemingly abrupt resignation, if the allegations can be substantiated.