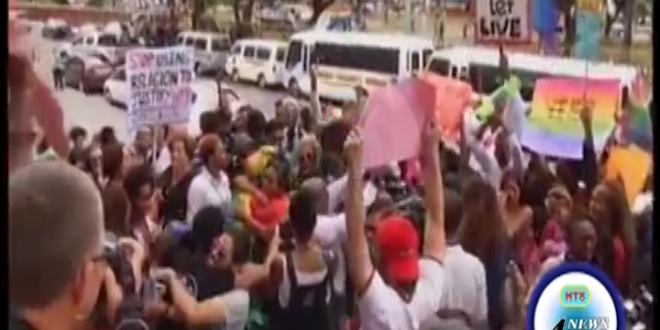 Attorneys across the region have been dissecting the landmark ruling in Trinidad & Tobago.

George was speaking on the radio 100 programme ‘let’s talk law’ on April 13th.  George says the Attorney General’s decision to appeal the ruling is not surprising.

Under section 13 of Trinidad & Tobago’s sexual offenses act, a person who commits the offense of buggery is liable on conviction to imprisonment for 25 years.

The country’s Attorney General Faris al-Rawi said the State’s reason for appeal was to “settle the law at the highest courts, due to the heartfelt, varying views of many segments of society.”