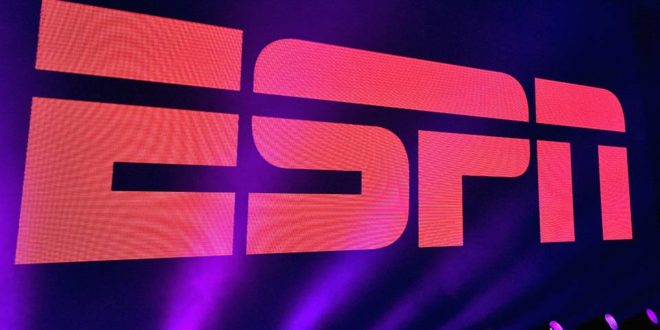 (PRESS RELEASE) – Cricket fans across the world can look forward to high quality broadcast using the latest in modern technology when ESPN starts its coverage of this year’s Super50 Festival, from Thursday in Antigua.

It is a production of Cricket West Indies and will also feature amazing sights and scenes of the Caribbean. The live ball-by-ball will also be available on ESPN Play http://www.espnplay.com ­– ESPN’s multiscreen live and on-demand broadband service.

ESPN will bring coverage to cricket fans via platform and partnerships across the globe including the Caribbean, Indian sub-continent, Europe including the United Kingdom, Australia and New Zealand; Sub-Saharan Africa; the Middle East; and Latin America and Brazil.

The curtain raiser will be aired from the picturesque Coolidge Cricket Ground, featuring the Group B leaders Guyana Jaguars and star-studded Jamaica Scorpions at 2pm (1pm Jamaica Time).

“The 2018 edition of the Super50 will bring together the best of the region’s production talent, along with cricket production’s pick of the crop from outside the region. The Coolidge Cricket Ground is the ideal venue for television coverage of cricket,” said Peter Steep, CWI’s Executive Producer and Director.

“We will have cutting edge digital audio capturing the exciting sounds of the tournament. Of particular note will be the inclusion of HD drone camera footage that will offer intriguing angles of the Coolidge Cricket Ground, and breathtaking scenery from around Antigua.”

Ian Bishop, a world-leading cricket commentator and Sir Curtly Ambrose, one of the greatest fast bowlers of all time, will be the lead analysts. The other members of the commentary panel are Daren Ganga, the former Windies batsman and Trinidad & Tobago captain; Tino Best, the former Windies and Barbados fast bowler; and Orville Higgins, a noted print and electronic journalist, who joins the panel for the first time.

In addition to the nine matches at Coolidge Cricket Ground, CWI Broadcast will offer daily match reports from Kensington Oval in Barbados. Experienced cricket host Barry Wilkinson will be joined by ESPN cricket and football journalist Alexis Nunes in providing updates from the preliminary matches in Group A. They will join the commentary team in Antigua for the live coverage of the semifinals and Final.

“We are excited to serve as home to the Super50 Festival throughout the Caribbean,” said Scott McGlone, senior director of programming, ESPN International. “Cricket West Indies has been a valued partner in our efforts to bring Caribbean fans the very best local events throughout the region. Our exclusive telecast of The Super50 Festival will feature some of cricket’s powerhouses from the region and we look forward to showcasing the event across ESPN platforms.”

Wednesday, February 21
Winner Zone “A” vs Runner-up Zone “B”

Thursday, February 22
Winner Zone “B” vs Runner-up Zone “A”

The tournament started on January 30 and concludes on February 24 at Coolidge Cricket Ground. The winning team will take home the Clive Lloyd Trophy.