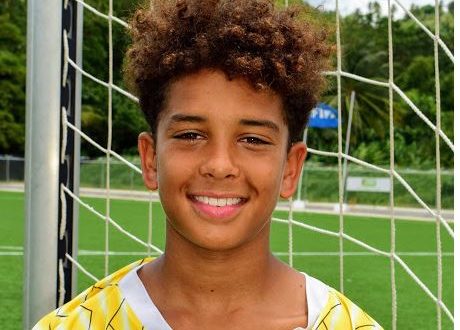 Terry Finisterre- Yet another national team will be engaged in international competition under the auspices of the Saint Lucia National Football Association Inc. The national Under-15 boys’ team is headed off to Miami, Florida, U.S.A., where they will engage in the 2019 Concacaf age-group tournament from Monday, 5 August.

This comes on the heels of the Under-20 girls’ team advancing to the Round of 16 in Concacaf Qualifying, and the Under-23 men winning an Olympic Qualifying game for the first time since 1993. Now, the U15 team is hopeful of more good results in Miami.

Gilles Aurelien is one of the young men seeking to bring glory to Saint Lucia. Now aged 15, Gilles has been visiting Saint Lucia for years, with his father, Alfonso, and has been playing with boys from Grande Riviere and – more recently – with the national team.

“I think I bring good attacking energy to the team. Defensively, I’m very aggressive to win the ball back. On and off the pitch, I gel really well with the boys, and I’ve created a good friendship with all of them. I am very excited to go represent my country, and the Southampton training has made me ready, and I’m fit to play this tournament.”

Aurelien started playing grassroots football in England from the age of 5. In 2011, aged 7, he was playing in a summer tournament at the end of the season and his family was approached by two scouts, for Reading FC & Southampton FC.

Says Alfonso: “We decided upon Southampton as they have a good reputation as being a category 1 Academy and pushing as many players through the Academy system to have a chance to play for the first team. Gilles started there from the age of 7, was signed at 8 years old and is now in the U16 squad.”

Since, Gilles has played several tournaments in Europe with Southampton. In his very first away competition, the Torneo Semana Santa in Malaga, Spain, he scored four goals, and won the Player of the Tournament over 150 players. Southampton placed third.

At primary school, Gilles played for the school football team, ran cross country and track and field, and played cricket. He was handed the Sports Award upon leaving Winkfield St Mary’s. And he has only refined his sporting aspirations at Garth Hill College.

In 2018, Gilles travelled to Antwerp with Southampton, to compete in the Youth Cup. Not only did they make the finals, with the young Saint Lucia international playing a pivotal role, but they won 1-0. As he continues to gel with his national teammates, Gilles is looking forward to doing a lot more winning with Team Saint Lucia. 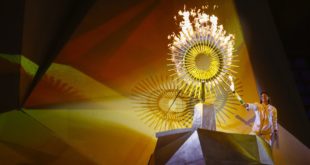 A total of 7 athletes are representing St. Lucia in the 2019 Pan Am Games …