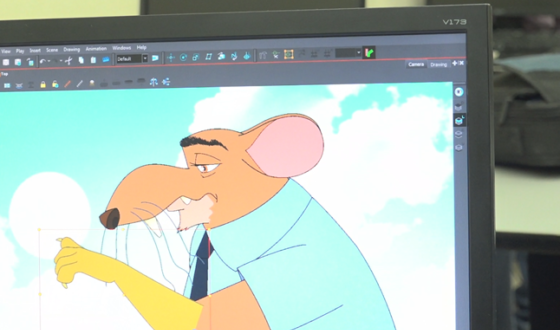 Animation is a multibillion dollar industry that spreads across many sectors: education, gaming, visual effects, merchandising and television programming.

The workshop enabled 20 export-ready and emerging animators from across the Caribbean to receive training from producers of ‘Toon Boom.’ Toon Boom is the industry’s premier storyboarding and animation software for animation studios and media publishers.

Milton Brandford Jr., Managing Director of Malfini Studios explains the importance the workshop plays in cultivating the raw talent found on the island.

“The animation industry is young but there is a wealth of talent within the region, within the Caribbean. There are a lot of young persons who have this skill, who have this desire to become animators and it’s also a very lucrative global industry,”Brandford says. “I think what we lack as of now is the skill, development, the capacity development and the ability to dance if you want to use that term on the world stage,” Brandford continues.

The Malfini studios managing director additionally welcomes the support of local organisations. “So the support is needed by institutions like Caribbean export Saint Lucia, coalition of services, OECS, to bring, to bare all of the resources needed, to help develop those skills,” He says.

Grenadian Cinematographer, Teddy Frederick, was amongst the 20 individuals who received training. “I’m really happy to come here and be a part of all the people who are participating in this program, network with them,” Frederick says. “And what they are doing in their own islands, so I could see how I could incorporate some of that into my own practice.”