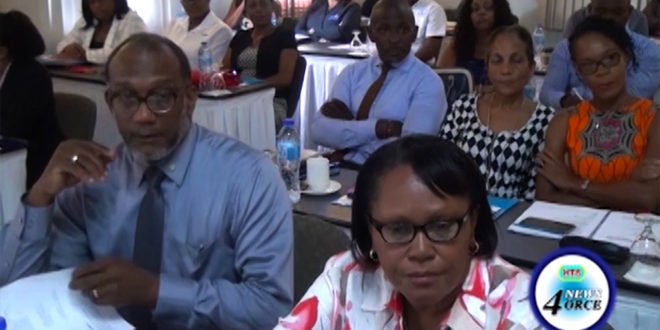 The St. Lucia Employers Federation hosted its 56th annual general meeting under the theme – the changing role of HR management.
It was held on august 17th at the St. James Club Morgan Bay and saw over 57 participants in attendance.
The membership meets annually to assess their progress over the year, celebrate achievements and plan the way forward.
Guest speaker for the 2017 AGM was human resource professional Joseph Augustin.

The federation is currently in the process of reviewing the labor act.
Executive director Joseph Alexander disclosed that the cabinet is set to receive the revised version by December 2017.

The St. Lucia Employers Federation 56th Agm also featured the election of a president and three members to the board of management.
The federation was established in 1961 to further the cause of good industrial relations in Saint Lucia.