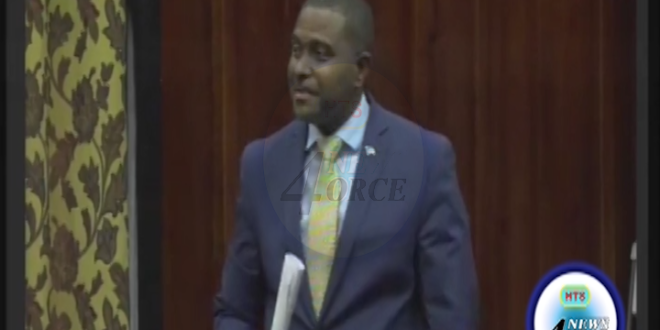 Minister in the Ministry of Finance, Senator Dr. Ubaldus Raymond

The embattled Minister in the Ministry of Finance Dr. Ubaldus Raymond has paid tribute to family and supporters who stood by his side through out a trying period in 2017.

He made the comments last week during the last Sitting of the Senate for the year.

The government Minister was plagued by the controversy arising from the nude-photo blackmail scandal, which came to light last january.

Two teenaged women were charged for allegedly attempting to extort money from Dr. Raymond by threatening to publish alleged nude photos of the minister.

Dr. Raymond also had high praise for members of the clergy who continue to counsel him through out the ordeal.

The current Administration has rejected calls for the Minister to resign amid the scandal warning against a rush to judgment before the conclusion of the case before the courts.

Dr. Raymond who cited what he believes is the existence of the devil urged the citizenry to pray for the country.

Critics argue that the Minister has lost moral authority because the scandal has brought the office into disrepute.

However, some supporters counter that the Senator retains formal authority and competence to carry out his duties, he was the target of smear campaign intended to discredit and undercut the agenda of the administration. The Leader of Government Business also sent salutations to the people of Saint Lucia for the holiday season and the New Year.