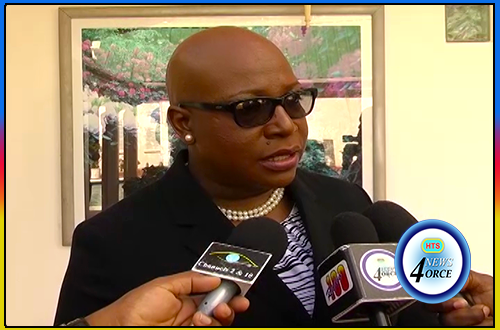 The education minister has cautioned the media and the public to be mindful of their pronouncements on criminal matters, which may be under investigation or before the courts.
This comes in light of the arrest of a security guard on duty at the Sir Arthur Lewis Community College, on alleged suspicion in an incident involving a female student at the institution.
Now, it must be noted that hts news 4orce’s initial coverage did note that the circumstances surrounding the allegations were vague. Nonetheless, public speculation and even public officials used the term “attempted rape” to describe the allegations levelled at the security officer.
Dr. Gale Rigobert says that too often, people rush to judgment without having the facts at hand, which could be disastrous.