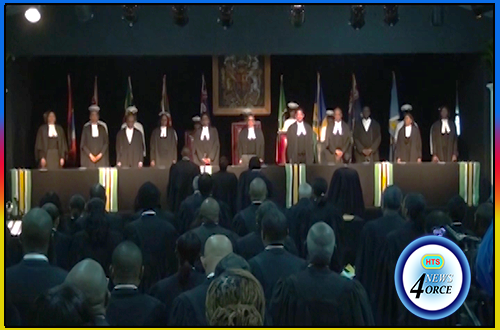 The Eastern Caribbean Supreme Court officially started the 2016/2017 law year on Tuesday September 20th, with its usual ceremonial opening in the form of a special sitting of the court.

The national cultural centre was declared a court in order to host the opening.

In her address, the court’s chief justice put the microscope on the deplorable physical conditions of court facilities across the Court’s nine member states and territories.