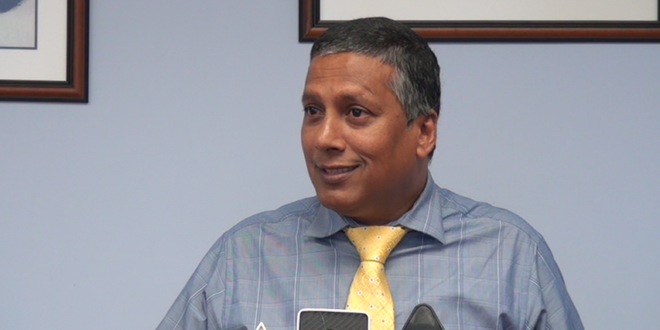 Castries South East MP, Guy Joseph has been dogged by allegations of misfeasance by the opposition Saint Lucia Labor Party for several years. At the weekly pre-Cabinet press briefing on May 29th, Guy Joseph – now appointed Economic Development Minister in the Allen Chastanet led Cabinet, indicated that he will address the allegations leveled by his detractors “in the appropriate time”. Joseph’s warning comes in light of renewed scrutiny by opponents over his post as Economic Development Minister. Listen below.

The Opposition Saint Lucia Labor Party [SLP] and former government minister Richard Frederick have recently leveled the misfeasance charges against Guy Joseph that include allegations of bribery and diverting public contracts to associates.

Richard Frederick, also a former UWP MP, sat in the then Stephenson King led Cabinet between 2007 and 2011 before he was expelled from the Party in August 2014. Frederick again leveled allegations of inappropriate conduct by his former ex-Cabinet colleague on his weekly talk show.

On May 25th Frederick, an attorney-at-law, alleged that he was offered $1 million dollars by Guy Joseph to support a major construction project.  Frederick also claims that Joseph, who at the time was Minister of Works, also allegedly offered then Prime Minister Stephenson King $5 million dollars to support the project.