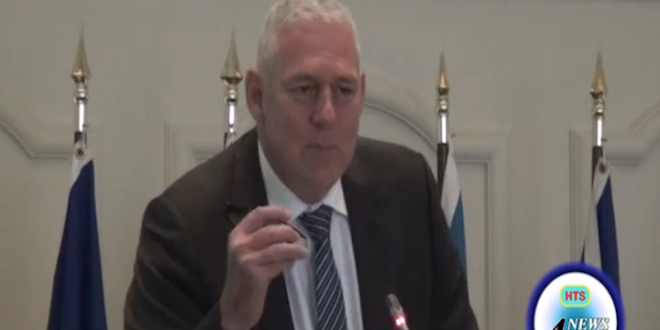 Decision makers and senior policy advisors from Latin America and the Caribbean met in Saint Lucia this week to discuss climate resilience and sustainable economic growth.

The Economic Commission for Latin America and the Caribbean (ECLAC) held its 5th Caribbean Development Roundtable on 26 April.

The organisation of Eastern Caribbean states may soon have a special fund geared at boosting growth in the sub-region.

Governor of the Eastern Caribbean Central Bank (ECCB) Timothy Antoine told a world bank panel discussion that officials are mulling over the establishment of the unique ‘growth and resilience fund.’

The Governor says at the policy level, member states have been rolling out measures to mitigate the impacts of severe weather events.

He touts the revised building code and advanced measures by countries to delay debt payments following a natural disaster as steps in the right direction.