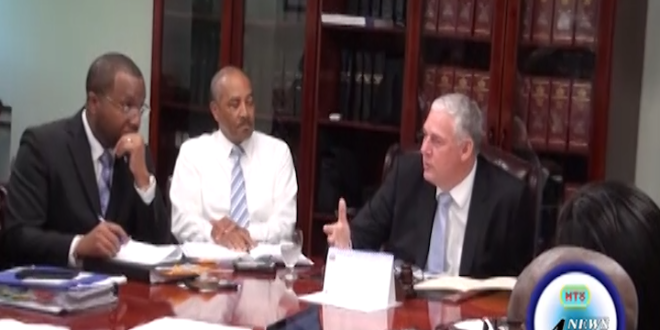 The strength of the EC dollar, unemployment, and sustainable public financing were among some of the issues discussed during the meeting.

Senior Communications Officer in the Office of the Prime Minister Nicole Mc Donald reveals that the Governor also offered comparative analysis on Saint Lucia’s economy in the region.

Antoine is scheduled to also sit down with the Opposition.

The ECCB Governor will also be making a presentation to the local media and NGO’s.

The meeting is part of a routine visit to member territories to update them on the work of the Central Bank.