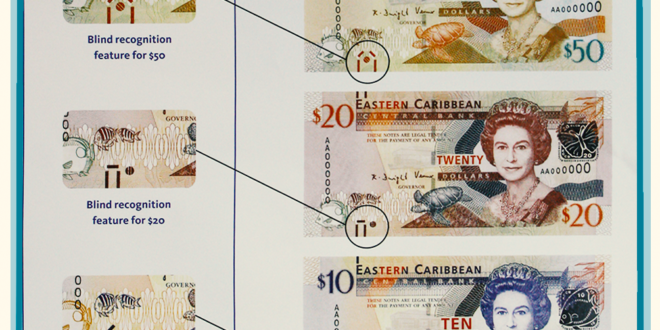 The assurance of the security of the currency comes from the Deputy Director of the Currency Management Department at the Eastern Caribbean Central Bank (ECCB), Rosbert Humphrey.

The official is speaking in wake of recent reports that counterfeit $50 and $100 bills are being circulated in Antigua & Barbuda.

Humphrey says a number of individuals in the sub region have been trained to identify fake EC bills.

“I must remind the public though, that we have quite a lot of trained people in the police force in the Caribbean and our trained persons here at the ECCB [and the banks] who were trained to differentiate between genuine notes and counterfeit. We are on top of things in trying to pick out and know and what to actually look for…you will still find one or two passed,” he said.”

Over the years, counterfeit notes were discovered on the market during the busy shopping periods at Carnival and Christmas.