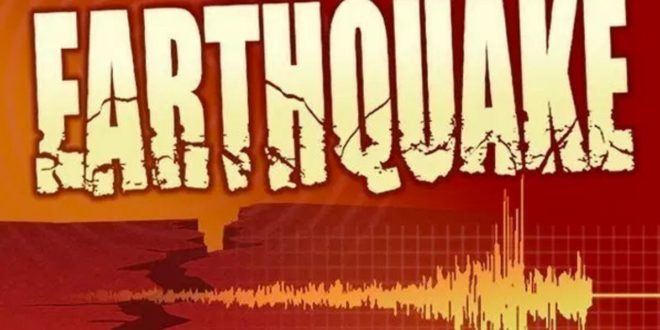 The University of the West Indies Seismic Research Centre said that a 5.9 magnitude aftershock was felt in Trinidad and Tobago about 9:30 on Wednesday morning. The Centre said that no tsunami warning was in effect.

The Caribbean Disaster Emergency Management Agency (CDEMA) also confirmed that there was no tsunami threat at this time.

Trinidad and Tobago appeared to have borne the brunt of damage following the earthquake on Tuesday.

Several offices in the country were closed Wednesday morning as officials assessed the structural and other damage to buildings and their environs.

The St. Augustine Campus of the UWI was also closed to facilitate a more comprehensive assessment of the campus.

According to the Office of Disaster Preparedness and Management of Trinidad and Tobago (ODPMTT), “the National Emergency Operations Centre (NEOC) continues to coordinate emergency response following a 5.9 magnitude earthquake felt across Trinidad and Tobago on Wednesday 22nd August, 2018 at 9:28 a.m.”

The ODPMTT said that there there were no reports of serious injury, loss of life or significant damage to critical infrastructure.

Media houses in Trinidad and Tobago reported that people were rushing from their buildings following the tremor, and that trees and lampposts were swaying

There were aftershocks in Guyana as well. The Guyana Chronicle reported that tremors were felt across the country at about 9:30 am.

“The tremor was was felt around 09:30hrs and reporters attached to this newspapers at Linden , Bartica and on the Essequibo Coast noted the tremor last for several seconds , shorter than Tuesday’s. Residents of Mabaruma in the North West District also reported the geological occurrence,” the newspaper reported.

Secretary-General of the Organisation of American States (OAS) Luis Almagro said he was in solidarity with the people of Venezuela and the Caribbean who were affected by the quake.