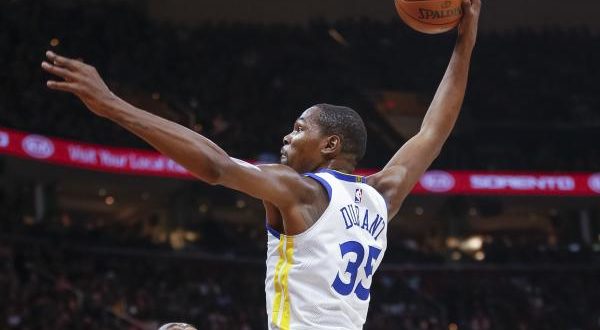 Durant scored 16 in the third quarter for the defending champions, who haven’t lost outside Oracle Arena since Nov. 22.

LeBron James scored 32 points and Kevin Love 17 for Cleveland, which had its home winning streak stopped at 13. Isaiah Thomas, getting his first taste of the Warriors-Cavaliers rivalry, had 19 points in a season-high 32 minutes as he works his way back from a hip injury.

It was Golden State’s second straight win over the Cavs, who have dropped eight of 10 dating to a loss to the Warriors on Christmas Day.