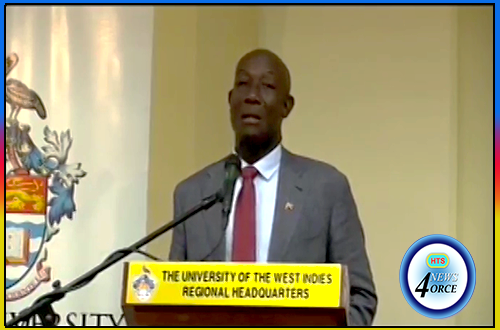 Prime minister of Trinidad and Tobago Dr. Keith Rowley says he will propose to CARICOM heads that they use the University of the West Indies model to set standards in fields other than education. Dr. Rowley addressed a gathering at the University of the West Indies Mona Campus on Wednesday July 20th, after being inducted into the institution’s prime minister’s park of honour. He took the opportunity to address current regional issues such as the role of CARICOM and on-going immigration and trade concerns between his country and Jamaica.