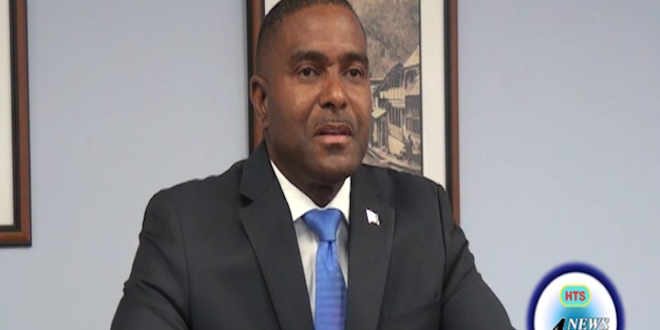 A delegation from the International Monetary Fund (IMF) is in Saint Lucia for the fund’s annual meeting with borrowing countries.

Known as an article 4 consultation, team members assess a country’s economic health and make projections on growth and development.

The team met with representatives of the Department of Finance, the Eastern Caribbean Central Bank and the Caribbean Development Bank.

Dr. Raymond says that it is with government’s debt in mind, that the Allen Chastanet Administration has decided that any new borrowing must be accompanied by a revenue source.

The Minister says finance officials are well aware of St. Lucia’s precarious debt situation and is trying to ensure that all borrowing is carefully undertaken.

He says the 2017 IMF Mission was apprehensive about some government policies, including the decision to reduce the value added tax rate from 15% to 12.5%.

However, Dr. Raymond says that move did not result in the drastic loss of revenue that many feared.

The 2018 Mission team will present its findings to IMF management and release a public report shortly.