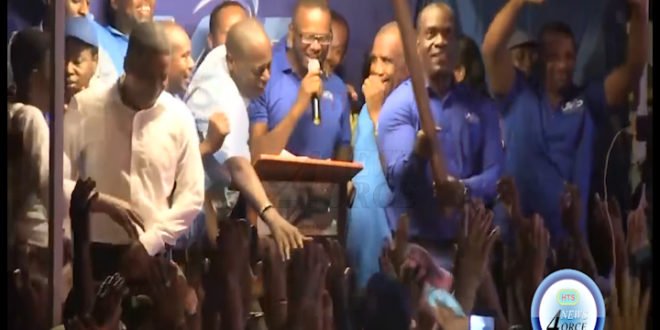 Dominicans are awaiting the results of the 2019 general election after casting their ballots following a contentious campaign.
Voting got underway early Friday morning, as thousands of Dominicans headed to the polling stations to decide who will govern the nature isle for the next five years.
Roosevelt Skerrit is seeking an unprecedented fourth term in office, while the opposition united workers party is seeking to unseat the DLP at the helm of government.

Hts News4orce is on the ground in Dominica with our team led by Stanley Lucien who is closely monitoring as the results come in.

Sources indicate that based on preliminary results, the incumbent has retained six of its seats so far.