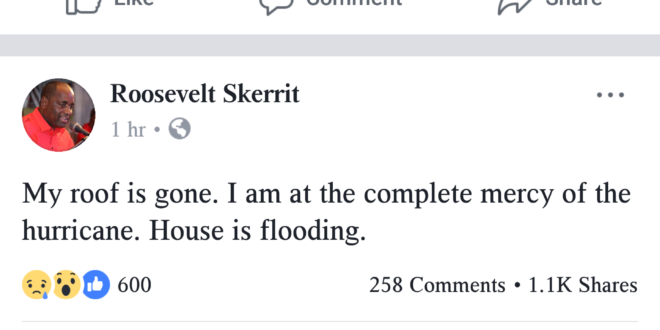 Dominica Prime Minister the Hon. Roosevelt Skerrit took to social media to inform the public of the ongoing devastation brought on by a Hurricane Maria. 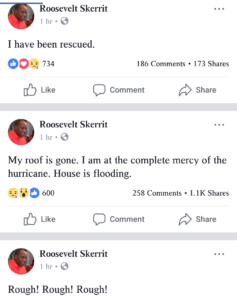 HTS News4orce understands more than 90% of the country is without power.

The Dominica Prime Minister said he had to be rescued by first responders after powerful winds peeled off the roof of his home.

Reports of severe damage to a Dominica’s primary hospital has also been confirmed.

Hurricane Maria is packing sustained winds at 160mph as a category 5 storm. As much as 12 inches of rainfall is expected during the passage of Hurricane Maria.