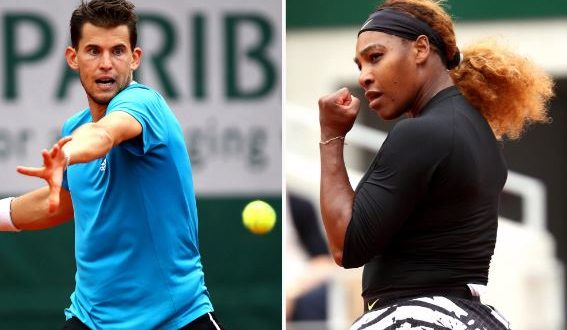 BBC- Austrian world number four Dominic Thiem has offered to play doubles with Serena Williams at Wimbledon to put their French Open dispute behind them.

Thiem had accused Williams of showing “bad personality” after he was asked to relocate a media conference to make way for the 23-time Grand Slam champion.

“Probably it was not Serena’s mistake. I find her achievements unbelievable, sensational.” he said on Tuesday.

“I would like to make amends with her in Wimbledon or US Open mixed doubles.”

Thiem, beaten in the men’s French Open final by Rafael Nadal, now believes tournament organizers were to blame for the incident that saw him shunted out of the interview room where he had begun answering questions following his fourth-round win over Uruguay’s Pablo Cuevas.