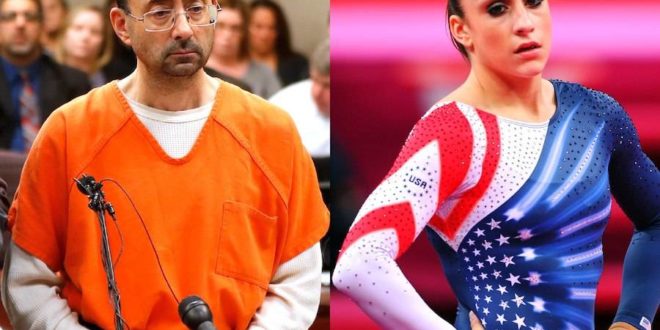 BBC- Ex-US Olympic gymnastics team doctor Larry Nassar has been sentenced to 40 to 175 years following testimony from over 160 women who accuse him of abuse.

“I will carry your words with me for the rest of my days,” Nassar turned and told his victims in the courtroom.

Nassar, 54, pleaded guilty to multiple counts of sexual assault against girls and young women, including Olympians.

Judge Rosemarie Aqualina told Nassar during the sentencing he will “be in darkness the rest of his life”.

She added that she would not send her dogs to the former sports doctor.