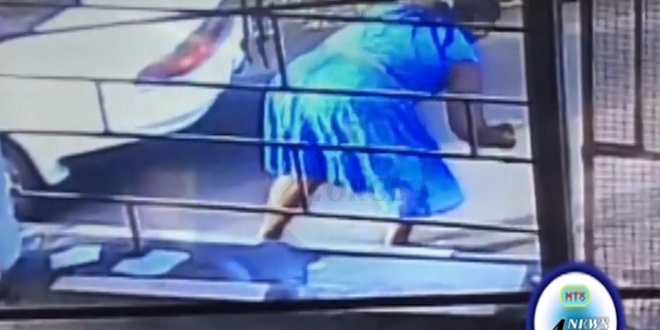 A Rock Hall resident is appealing to the individual allegedly caught on camera making off with her husband’s phone to return it.

The woman, who wished to remain anonymous, walked into the HTS studios on Monday January 8th armed with surveillance footage in hand.

She says that her husband had unknowingly dropped his mobile phone as he left their Rock Hall home sometime after 11 Thursday morning.

Upon realizing that the phone was missing, he frantically phoned his wife to scour the front of their house.

Moments later, from the vantage point of her balcony, the woman claims she observed another woman pick up the phone in question and make off in a car despite her desperate attempts to get the stranger’s attention.

The couple rang the missing phone several times to no avail. However, one check of the camera surveilling their property confirmed that at 11:32am, a woman, in a blue dress, disembark a white late 90’s model toyota sedan, grab the phone, and then hopped back onto the vehicle, which then drove away.