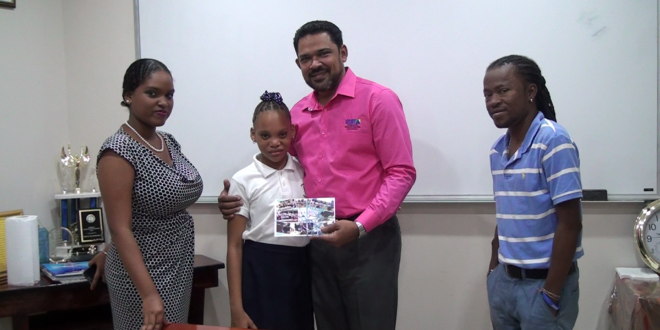 On May 25th, the Diabetes Foundation for Youth [DFY] officially pinned Chief Executive Officer of the Saint Lucia Hotel and Tourism Association [SLHTA], Noorani Azeez, as a key personality assisting with the fight against diabetes.

“It means so much to us [DFY]…it means I’m not alone in this fight, there are people behind pushing and supporting us.”

SLHTA CEO Azeez has responded and has facilitated a capacity building workshop for DFY authorities. DFY in turn has named Mr. Azeez an official DFY personality.

“I am just really moved, really touched…This is more than a strategic way forward; this is a passion for me. It was an opportunity to not only champion the ideals of something that is very glaring…it was an opportunity to really support the aspirations of our youth…and meet head on this disease that affects some many of our young people these days.”