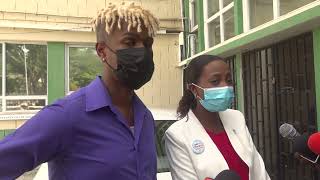 A government senator who is an LGBTQ ally is making a case for an inclusive society which caters for all, despite sexual orientation. Fostering inclusivity has been one of the mantras of the SLP administration during the just concluded election campaign, and in the nascent days in office. With that said, a well-known LGBTQ media influencer was in attendance at the first working meeting of the upper house of saint Lucia’s parliament on Thursday.