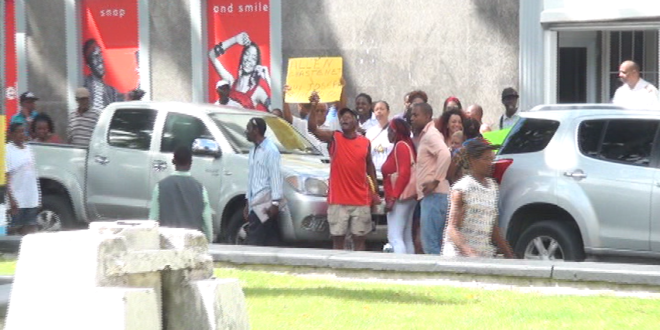 Demonstrators converged outside the House of Assembly on October 31st in protest against the government. 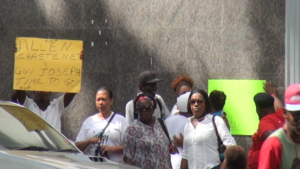 The Prime Minister the Hon. Allen Chastanet and Minister of Economic Development Guy Joseph were the apparent targets of heckles spewed by the protesters. The placard bearing crowd demanded the resignations of both Mr. Chastanet and Mr. Joseph from the Cabinet of Ministers.