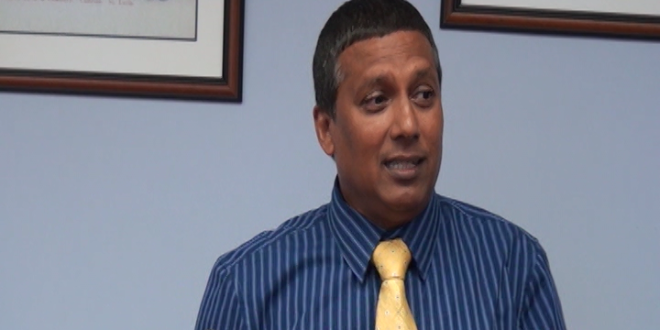 Economic Development Minister Guy Joseph attempted to allay public concern over suggestions by the Health Minister Senator Marry Isaac that the current St. Jude Hospital plant may have to be demolished.

Health Minister Isaac broke the ‘bad news’ to the press on September 14, where she claimed that the Allen Chastanet led Cabinet is ‘seriously considering’ the option to tear-down St. Jude.

However, the Economic Development Minister’s comments on September 25 were in stark contrast to Senator Isaac’s comments during the weekly pre-Cabinet press briefing. Guy Joseph denied that the recently conducted $980,000 technical audit carried out by FDL consults recommended demolishing the building under construction. Joseph also explained that demolition “does not mean the entire structure”.

The Minister claims Mexican authorities advised the government that starting from scratch on St. Jude would be more cost effective. [Watch video]

Joseph stressed the St. Jude Hospital saga is the ‘most difficult’ of his tenure as a government Minister. 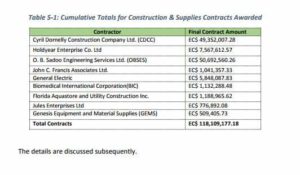 HTS News4orce understands that preliminary repair estimates ranged from more than $500,000 in 2010, to more than $7 million dollars by 2011.

To date, more than $100 million dollars in taxpayer money and grants has been spent on St. Jude Hospital.