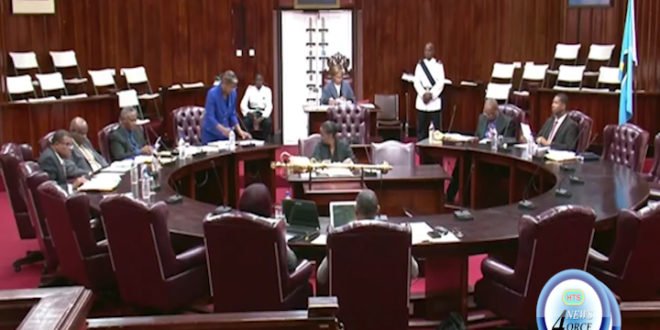 The government is slowly coming to terms with its historic defeat in the senate.
The companies act amendment bill was voted down on Thursday forcing the government to review the bill.
St. Lucia’s senate is made up of eleven senators – six government senators, one of whom is the president, two independent senators and three opposition senators.
The composition is designed to facilitate passage of government’s bills.
Thursday’s defeat in the senate took many by surprise.