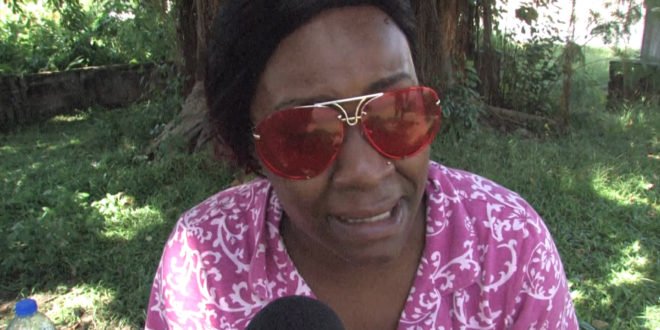 Relative of Davidson Egarnes claims he was 'changing his ways'

Davidson Egarnes ‘Did Not Deserve to Die’ – Family Saddened

Davidson Egarnest, Saint Lucia’s 33rd homicide victim according to family would have turned 21 on August 9.

Egarnest was fatally stabbed on July 31in Micoud during a violent confrontation. The alleged attacker is ‘well known’ to the victim.

The official postmortem findings released on August 2 on Davidson Egarnest’s death confirm severe  injuries to his liver and abdomen were the cause of death.

Davidson Egarnest resided at New Extension, Micoud.  Residents have given conflicting accounts of his character that suggest Egarnest was very confrontational and walked down a troubled path.

Family members are mourning the death of one of their youngest. To the Egarnest’s was loved.  [Watch video]

Police have confirmed one suspect is in custody assisting with investigations.

2017-08-02
Previous A Suspect is in Police Custody in Connection with 33rd Homicide
Next Gov’t “Disappointed” with Raise Your Voice Statement on Special Needs Aid, Calls the NGO “Irresponsible”