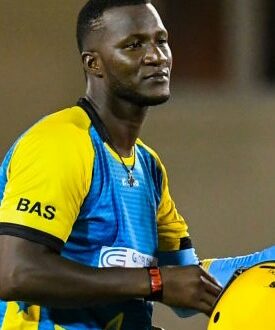 Saint Lucia Stars captain Darren Sammy confirmed via his Instagram account on August 17 that he has been sacked.

Sammy, a former West Indies Twenty20 captain, scored the fastest half century of the 2017 CPL tournament and has scored the second most runs for the Stars.

Darren Sammy averaged 24 runs in the Stars first 6 matches and has taken 1 wicket in 6.5 overs with a bowling economy of 11.70 runs per over.