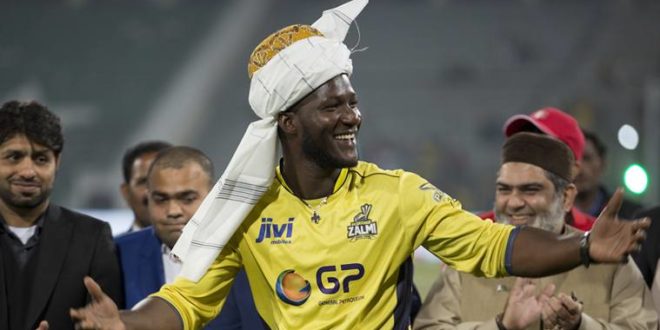 (THE INDIAN EXPRESS) – Darren Sammy played a perfect April Fool’s Day prank with fans across the world by informing them that he was flying to Pakistan to be a part of Windies squad for the T20I series.

Sammy took to Twitter and put a post which read, “Can’t believe this I’m gonna be in the Maroon again.. heading to Pakistan…” “I thought it was over.. I guess it’s not,” he wrote. However, an hour later Sammy retracted his statement by revealing that it was a prank by stating -” I can’t keep this going…Sorry guys t was an April Fools Prank. Not going back in the maroon.”

However, the most interesting outcome of the post was the overwhelming support that Sammy received from fans when he announced his return. With his on-field heroics and off-field charisma the big man from St. Lucia has won over millions of fans in Pakistan. He was a fan favourite during the inaugural edition of the Pakistan Super League (PSL).

Such is his following, that one fan even wrote on Twitter, “At least give him Pakistan’s nationality unreal love for our hero Darren Sammy Khan.”

Apologizing for his prank and acknowledging the widespread love, Sammy wrote, “I am sorry guys… but wow so many ppl want to see me back.”

In the recently concluded PSL, Sammy led the Peshawar Zalmi commendably but failed to win the trophy after his side was beaten in the finals by Islamabad United.