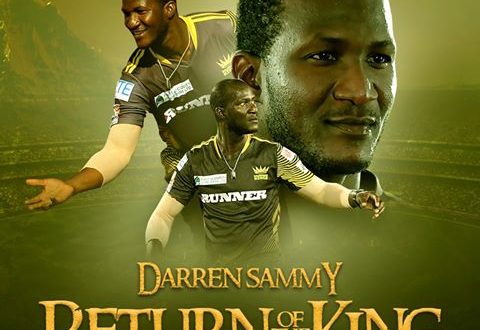 rajshahikings.com: There was a rumor ongoing that Darren Sammy might opt to play for T20 Global League, the newly launched franchise league from South Africa. Rajshahi Kings fans were tensed, would their King of Hearts – the leader who put them to BPL 2016 final, come back to them?

South Africa is launching their own franchise league called the T20 Global League. Sammy has his preference sorted and is all set to play in that league. The 33-year old experienced all-rounder is the captain of Pakistan Super League (PSL) winners Peshawar Zalmi. The Zalmi franchise has bought a team in the T20 Global League and handed the player from St Lucia a request to feature for their team. Sammy has agreed to strike a deal with Zalmi and hence will skip BPL 5.

At least for now, but our King has returned to us for the upcoming BPL. We are hoping he will take us one step further than last year.