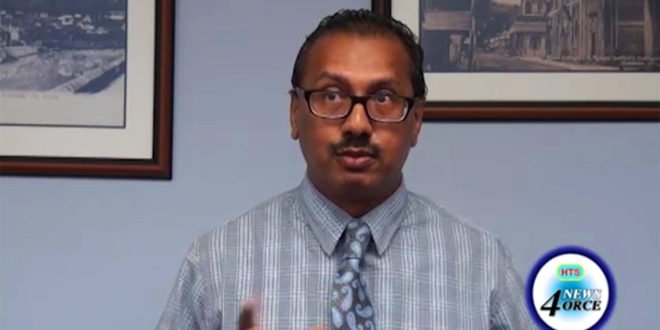 A former permanent secretary in the ministry of the public service has laid to rest claims that he was dismissed from his acting post as cabinet secretary.
Not long after the Allen Chastanet administration assumed office, Philip Dalsou was appointed to act in the stead of cabinet secretary Darrell Montrope who was sent on vacation leave.
Montrope has since been appointed to the post of permanent secretary in the ministry of labour.
Reports surfaced on social media that Dalsou, whose substantive post was PS in the department of the public service was being fired.
Speaking to the media during Monday’s weekly pre-cabinet press briefing, the acting cabinet secretary dismissed the reports, categorically stating that they are false.

Reports indicate that the post of cabinet secretary will be filled by ben Emmanuel – SLASPA’S former senior director of corporate services and administration.
Philip Dalsou has spent almost 3 decades in the public service, joining in November 1990.
He will serve under minister guy joseph in his new position.

2017-05-30
webmaster
Previous HTS Sports – Walk for a Cause Considered a Success
Next Joseph Provides Update On St. Jude Hospital