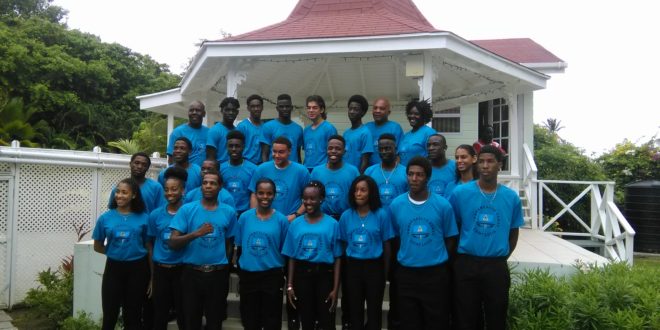 CYG squad heads to the Bahamas

Saint Lucia’s contingent of 23 athletes and five officials are preparing to leave the island Saturday, bound for the Bahamas where they will be participating in the 2017 Commonwealth Youth Games, the biggest ever multi-sport event to be held there.

The athletes selected will be participating in Track and field, Boxing, Cycling, Swimming, Tennis, Beach Volleyball and Beach Football.

Those competing in Track and Field are Kimani Alphonse in the 100 and 200 metres,  Kamillah Monroque in the 800 and 1500 metres, Devorn Moise in the Javelin and Julien Alfred in the 100 and 200 metres.  Denise Herman is the coach accompanying the athletes to the Games. One boxer is on the team in the person of Kareem Boyce to contest in the 60 kg weight division and is being accompanied by coach Conrad Fredericks.  There is also one cyclist,  Kluivert Mitchel who will ride in the individual Road Race and Time Trial.

Katie Kyle and Jyasi Daniel will be competing in the swimming pool, both  in  the 50 and 100 metre butterfly events. Jean – Philippe Murray will compete in Boy’s singles Tennis competition and will be accompanied by Melissa Francois, who is also overall leader of the contingent.  Saint Lucia will be fielding teams in both male and female volleyball. The males  comprising Levi Leonce and Kyhyim Remy and the females Tenayestigni Joseph and Tiah Arnold. The coach travelling with them is Terry Verdant.

The Saint Lucian contingent has been preparing under the watchful eyes  of their respective coaches and participated in two personal development sessions organised by the Saint Lucia  Commonwealth Games Association.