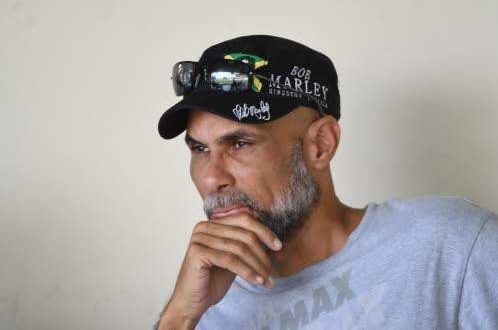 ST JOHN’S, Antigua (CMC) — Organisers on Saturday launched one of the main initiatives associated with the hosting of the ICC Women’s Twenty20 World Cup, as the region prepares to host the historic stand-alone tournament next month.

Several hundred people, including over 100 participants, turned out in the capital to mark the unveiling of the Mothers and Daughters programme — a coaching project piloted by the International Cricket Council and organised by Cricket West Indies (CWI).

It forms part of events around the region’s hosting of the tournament, which will be played in Antigua, St Lucia and Guyana from November 9-24.

“This is the first-ever Mothers and Daughters cricket event in the West Indies. This is the pioneer project and we will have two others to come in St Lucia and Guyana — as these are the three venues for the matches in the tournament,” said KJ Singh, the project co-ordinator.

“We are bringing everybody together. This is a version of cricket where the women and girls will be exposed to the game. They are with the coaches and they are having a good time.

“We also had promotional events to give tickets to everyone here — they will all get a chance to watch the semis and finals here in Antigua on November 22 and 24 at the Sir Vivian Richards cricket ground.”

Defending champions Windies Women were on hand to participate and interact with fans and players. As part of the day’s activities, several Test icons like Sir Andy Roberts, Gus Logie and Jimmy Adams also attended to lend their support to the project.

Sir Andy is a West Indies legend and CWI ambassador for the tournament; Logie serves as assistant coach of the Windies Women; while Adams, a former West Indies captain, is CWI’s current director of cricket.

Singh said the initiative was part of the ICC’s Cricket4Good programme and was a strong developmental tool.

“They (participants) are learning all the skills of the game — the batting, bowling, fielding — and also a lot about the game itself. For many this is the first time they are playing the game, so this will be memorable in many ways,” he explained.

“This is part of the Cricket4Good, an initiative which the ICC has going all over the world. This event has its origins at the ICC Americas and they deserve special mention for this event. We want to host this as an annual event all across the West Indies. It can grow, and it brings informal cricket into play.

“There are a lot of women who want to play but they can’t become involved in formal cricket, so this is the right place for them — come out, have fun and enjoy the game they love — and it also promotes fitness, healthy lifestyle, community-building and camaraderie.”