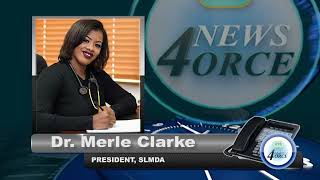 Cuba’s outstanding health care reputation has received another boost with the rolling out of a very successful vaccine named Abdala. The highly effective vaccine is soon expected to receive the approval of the world health organization and is one of a number of covid-19 vaccines developed on the socialist Caribbean island. Stanley Lucien reports that the Cuban government has announced plans to share its vaccine. Which does not use the MRNA technology, with the rest of the region and beyond.