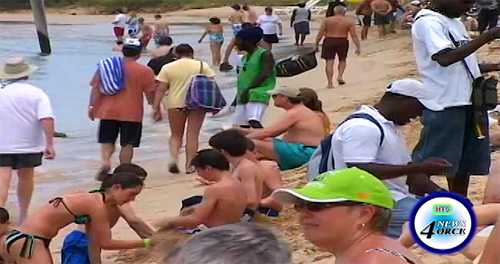 Cruise sector on the upswing

webmaster April 29, 2015 Breaking News Comments Off on Cruise sector on the upswing

The Saint Lucia air and Seaports Authority (SLASPA) has announced record numbers for the cruise sector.
Officials claim the cruise industry has recorded growth for the first time in three years in this corresponding period.
SLASPA’s general manager Keigan Cox says these figures should not be taken for granted.
Rather Cox says they should serve as a lesson to stakeholders of the importance of the vital industry and reinforce their commitment to improving the product.