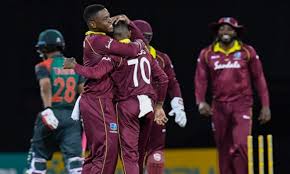 On Wednesday, the Windies tied the series after defeating Bangladesh by three runs to level their three-match ODI.

Shimron Hetmyer’s 125 runs helped them to 271 all out in the day-night game.

Bangladesh were then restricted to 268 for six wickets off 50 overs as the regional side claimed victory at the Guyana National Stadium.

A 3-match T20 series will start in St. Kitts on July 31st, with the last two matches being played at the Central Broward Regional Park in Florida on August 4th and 5th.