Home / Sports / CPL- WHO WILL PLAY THE WARRIORS IN THE FINALS? MY PREDICTION 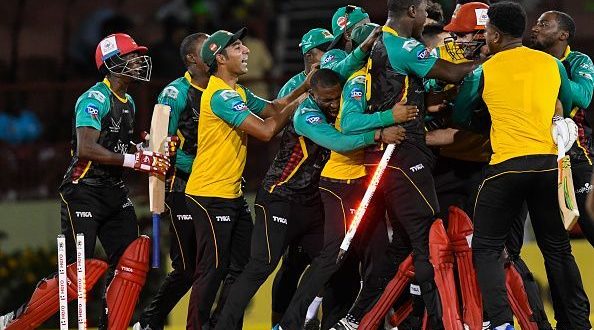 CPL- WHO WILL PLAY THE WARRIORS IN THE FINALS? MY PREDICTION

If you’re a cricket fan, West Indian, or just love the togetherness that Sports brings, then you must have been following the Caribbean Premiere League (CPL) over the past few weeks.

Now that the tournament is coming to a close, (again without the St. Lucia Stars *sobs*) we have to admit that it’s been nothing short of twists, turns and controversy.

So here’s my prediction: I would LOVE to see a final between the Guyana Amazon Warriors and ……… the St. Kitts & Nevis Patriots! There, I said it!

Tonight, the Patriots will face the defending champions Trinbago Knight Riders in a last bid to book their spot in the finals against the Guyana Amazon Warriors. The highly anticipated match will start at 8pm at the Brian Lara Stadium and will be aired live on HTS.

Will rain spoil the fun? I hope not.

Up to this point, both teams have played ten matches against each other with the Riders leading the scoreline 7-3.

So tell me, who do you think will make it into the finals?