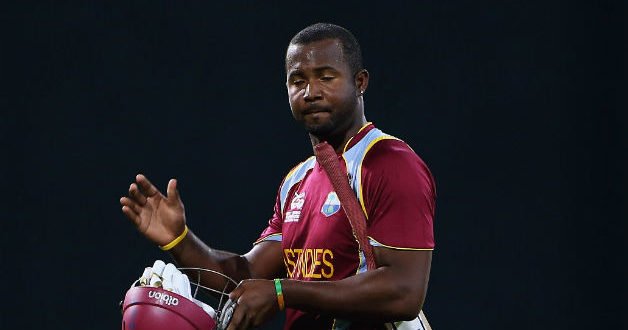 West Indies cricketer Dwayne Smith, who admitted texting the word “sexy” to the team masseuse while she was massaging him, has been accused of lying to the court about his teammate Chris Gayle’s interaction with her.

On day two of Gayle’s defamation case today against Fairfax Media for a series of articles published in 2016, Smith was asked by the barrister for Fairfax, Matthew Collins, if he had seen Gayle expose himself to the masseuse Leanne Russell in the change rooms at Sydney’s Drummoyne Oval during the 2015 World Cup.

Gayle is attending court but did not give evidence today. Yesterday he vehemently denied Russell’s allegations and said they had hurt him deeply and damaged his reputation internationally.

Smith agreed he was in the changing room and saw Russell but denied he saw Gayle pull up his towel and expose his penis. He also said he did not hear Gayle ask Russell “Is this what you are looking for” when she entered the change room and said she was looking for a towel.

“That did not happen,” Smith said. “That is something I would remember if it happened.”

Smith also denied seeing an email from team manager Richie Richardson to all players after the incident, which said Russell had been made to feel “uncomfortable” by some of the players.

“I suggest to you that the evidence you gave [on] the observation that Gayle partially exposed his penis was false evidence, what do you say?” Collins asked.
“No,” said Smith.

The journalist who wrote the first of the stories in question, the sports editor of the Age, Chloe Saltau, told the court that after the “firestorm” in the media over Gayle’s on-field comments to TV presenter Mel McLaughlin in January 2016, she received a tip that Gayle had behaved inappropriately with other women in sport.

Saltau said an acquaintance sent her a Facebook message saying she had a story about Gayle. The woman who sent that message was Russell, who had met Saltau and was a colleague of her husband’s.

Saltau called Russell and they began a discussion about writing her story, which was about Gayle’s behaviour towards her while she was working as a team masseuse in 2015.

However, Russell did not want to be identified by name or by profession, Saltau told the court.

Under cross-examination from Gayle’s barrister, Bruce McClintock SC, Saltau said she trusted Russell as a source. McClintock asked if Saltau had not asked herself whether Russell was a “fabulist”.

Fairfax is defending the articles on the grounds they were true. Saltau gave detailed evidence about the lengths she went to to check the story, get legal advice and get comment from Gayle’s personal management.

Saltau said her colleague in Sydney, Steve Barrett, also approached the West Indies team manager and media manager for comment.
The acting editor of the Age at the time was Mark Forbes, Saltau told the court.