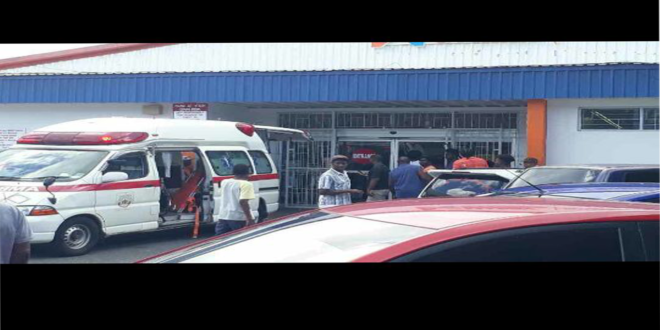 Shoppers at Massy La Clery Friday morning scrambled to get out of the building, after three cutlass-wielding men attacked a man and woman who were grocery shopping.

Police confirmed to News4orce that the incident occurred about 9:15 am. The female victim received a laceration across her left forearm when she was struck with a cutlass by one of the assailants.

Police say the suspects also threw bottles at the victims, hitting the male above his left eye.

They also confirmed that all parties involved are residents of La Clery and it is believed that this incident is part of a long-running feud. The victims were transported to the Victoria Hospital for treatment.

The supermarket was closed and staff sent home, as police cordoned off the scene.

Investigations into the incident are ongoing.