Home / News Updates / COULD HUMAN REMAINS FOUND BE THAT OF MISSING SENIOR? 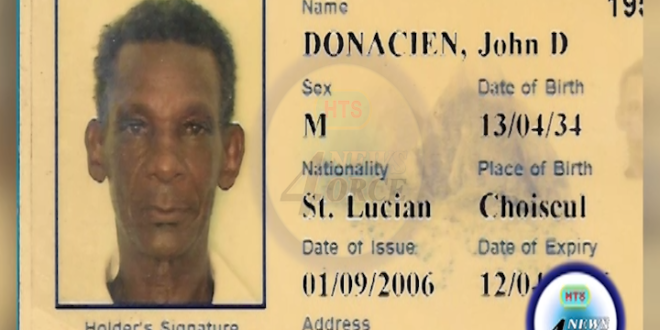 83-year-old John Dennis Donacien as last seen at about 8:40am Sunday January 21st.

COULD HUMAN REMAINS FOUND BE THAT OF MISSING SENIOR?

A group of young men reportedly found the remains around 11am 4 March. According to online reports, authorities believe the remains could be that of a senior citizen who disappeared nearly two months ago. 83-year-old John Dennis Donacien aka “Stormy” of Belle Vue Choiseul was suffered from alzheimer’s was last seen at about 8:40am Sunday January 21st.

The senior citizen was barefoot, wearing a white t-shirt with blue trimmings at the shoulder, sleeves, neck and bottom, black track pants.

According to online reports, the human remains were found approximately 300 metres from his Belle Vue home.

Police stress it is too early to confirm the identity of the remains and investigations into the matter are ongoing.