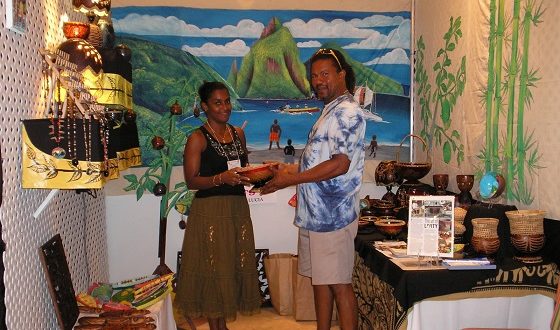 Castries, Saint Lucia –September 12, 2017. “The craft traditions of Choiseul are cherished by many Saint Lucians, but this does not translate into solid economic and social support for their continuation.  Poverty, low social status, poor work conditions, lost channels of commerce and urban drift, have all led to the current situation where the traditional crafts of Saint Lucia, as practised in the Quarter of Choiseul, will largely die out with the current generation of practitioners unless we can revitalise the industry.“  So says Revitalizing the traditional crafts industry in Choiseul Saint Lucia through Creation of a Cultural Tourism District – a project drafted by Finola Jennings-Clark for the Masters in World Heritage & Cultural Projects for Development of the University of Turin through the International Training Centre of the ILO (ITC-ILO). 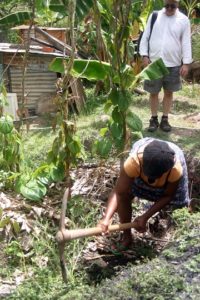 Ms. Jennings-Clark, former Director of Business Development & Marketing at the Cultural Development Foundation (CDF), has long worked in training and development of artisans in communities around Saint Lucia and decided to put this background to the test in authoring her thesis project. She hopes that the concepts in the project can provide a foundation for community-led development in the district of Choiseul, which could provide community-wide sustainable livelihoods and become a case study for similar approaches around the island and even in the wider Caribbean.   This draft project demands a well-planned, integrated strategy that goes far beyond the surface-level short-term actions that have been tried with limited success over the past 20+ years.  Jennings-Clark says she combined her accumulated experience of business innovation techniques, insights from working in Choiseul over the last 25 years and the economic, social and cultural theories and techniques learnt in her Masters study.  She hopes it will not remain just an academic exercise and she has begun to make her full draft available to both community groups and heads of various agencies in Saint Lucia, who could take an active role in fully developing the concepts and putting them in action. 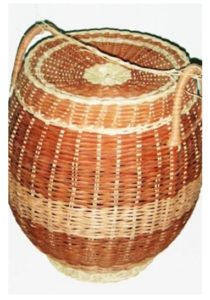 The Cultural Tourism District concept takes tried and tested Industrial District techniques such as have been practiced in Italy, for instance the well-known Murano glass artisans of Venice, where independent smaller enterprises work under a management system that uses a ‘common mark’ which identifies the unique skills and products of the area and provides benefits of common marketing and various other business services. The Cultural Tourism District builds on these concepts with an integrated approach based on community engagement; local solutions; sustainable development and community cultural tourism.  The creation of a Cultural Tourism District, over a 5-year period, would also encompass developing related systems of regulations and organization, infrastructural and facility development; improved linkages with the tourism industry; strengthened market penetration; tailored capacity development activities and incubatory support.

A fundamental outcome of the project would be to address the reluctance and fears of the younger generation towards entering this profession: The project advocates not just creating tools targeting the youth, but actively involving them in the recording of the traditions and the related submission to the UNESCO Intangible Heritage List, the design of tools and methods to ensure the story of Saint Lucia’s traditional crafts, the technical, scientific and social aspects; are translated into resources such as digital repositories that can be accessed and continually built by the youth, into new products – fashion, science projects, video-games and the like.

The project has several components including suggested improvements to existing artisan studios to make them accessible for tours, but also, the recreation of a Craft Centre in Choiseul which itself becomes a ‘must see’ for both locals and visitors to the island: This ‘hub’ would boast an outstanding design that would use local crafts techniques but re-created in innovative architectural detailing to create an ambiance similar to a 5-star ecocultural resort.  The process leading to this would take an innovative workshop approach, bringing existing artisans, youth, hoteliers, architects and designers together to turn assumptions about the crafts on their heads and create new products based on interactions between buyer and maker. Ms. Jennings Clark notes that the driving of design by the buyers’ needs is actually part of the tradition of craft production in Choiseul and was most recently exemplified by the much-loved couple Sabi and Eugenia of Livity Arts Studio who sadly died during Hurricane Tomas in 2010.

The Craft Centre décor would then display products made by existing artisans, Choiseul youth and artists, creating a place deeply reflective of the people of the community; becoming a historical monument. The Centre would of course provide a sales outlet but also a museum component where artisans could be seen practicing the traditions alongside historical displays and visitors would be able to take classes with the master-crafters. The role of the crafts in Saint Lucia’s cuisine would not be overlooked, with a restaurant featuring genuine local cuisine using traditional methods such as coal pot and ‘kannawi’ cooked foods alongside fusion cuisine specials. Ms. Jennings-Clark says ideally, the centre would incorporate facilities for small shows – dance, téyat pèp-la (theatre of the people), community training and importantly, school learning visits.

The combined approach is designed to create a future for the crafts profession that is based in the principles of the ILO concept for ‘Decent Work’.  The main expected result of the project is the long-term preservation of the cultural values related to the traditional craft production. The broader social outcome of this would be an increased sense of community, with community pride and identity maintained and reduced in urban drift and vulnerability of the district through improved job and earning opportunities, thus maintaining a demographically healthy community in Choiseul.  The project aims to contribute to sustainable development by empowering community through targeted and long-term capacity building to be much more capable of generating their own development. Ms. Jennings-Clark says she thinks it would be idealistic to expect that the district would not continue to need the support of incentives from government, citing the example of the type of long-term support given to the main tourism players, but the project should enable the community to be much better able to maximize the effect of any support they receive.