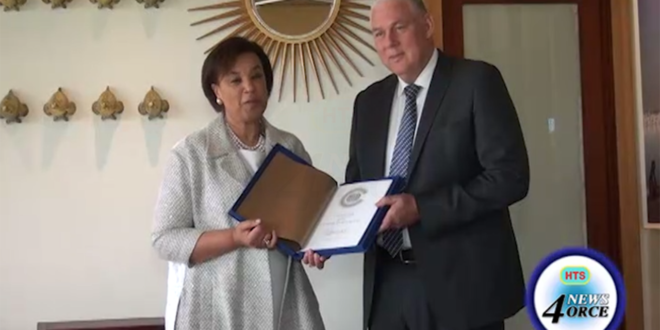 Her tour comes on the heels of the 2018 Commonwealth Heads of Government Meeting in London.

She says the Charter, which will impact one-third of the world’s national coastal waters, will protect the ocean from the effects of climate change, pollution and over-fishing.

Baroness Scotland says it was an ideal platform for small island states like Saint Lucia, to speak on the impacts of climate change.

Baroness Scotland says Heads of Government have made political commitments and agreed to practical actions to ensure a fairer, more secure and sustainable future.