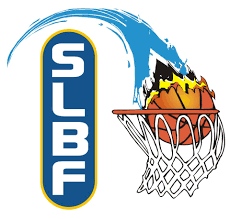 In game one of the evening at halftime the Teachers Union team led the game by 3 points (34-31). By the end of the third the combined forces team had taken the lead and score was 50-46. At the end of regulation teachers union fell short and combined forces won 65-58. The KFC Player was the game was Shervon Matthew with 17 points 8 rebounds. Amil Octvae was the only other player for his team in double figures with 16 points.

In game 2 of the evening; financial services defeated CSA with a record high of 104 points in this year’s tournament to 67. Team financial services had 6 players in double figures averaging at least 12 points per player. The KFC co-players of the game were Sharmoir Jn. Baptiste with 21 points & 6 rebounds and Marlon Samuel with 20 points & 8 rebounds. Rahim Auguste had 6 steals & 11 assists for team financial services.

Leading scorer for Team CSA was Ron Edward with 17 points and 6 assists; followed by Craig Duplessis & Benny Hippolyte with 11 points each.

RSLPF team and Financial Services will face each other at semi finals on November 3rd, 2018.

Tonight’s games are as follows: